In the future, we hope to add a French program site in Quebec City, Quebec, in order to provide French participants with an exciting IUHPFL option on this side of the Atlantic.

See the Program Site Blogs to learn more about our programs. 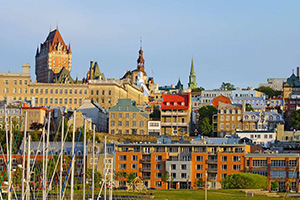 Established in 1608 on the banks of the majestic Saint Lawrence River by French explorer Samuel de Champlain, Quebec City is one of the oldest cities in North America and is considered a UNESCO World Heritage Site.

Quebec City is the capital of the Province of Quebec and is home to approximately 800,000 people. It was chosen as an IUHPFL program site for its rich history and culture, including impeccably preserved 17th and 18th century architecture, stunning landscapes, parks, outdoor activities, concerts, and festivals. Street performances are common in the summertime and include acrobatics, fire dancers, and a variety of musicians. It's not surprising that the famous Cirque de Soleil got its start just north of Quebec City in the mid-1980s, because the Province of Quebec has been home to many talented performers throughout its long history. 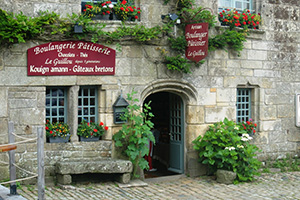 Brest, first mentioned in the history books circa 1240 a.d., is located in the region of Brittany in northwestern France. A midsized town of around 140,000 citizens, it is an important seaport and naval base and shares a rich history with the United States. Though much of its architecture was destroyed during WWII, the Tanguy Tower, the Castle and the Pont de Recouvrance, a massive drawbridge, offer a glimpse into old-world France. The surrounding areas offer history enthusiastics the opportunity to walk through perfectly preserved cobblestone villages, stunning landscapes, and prehistoric archaeological sites.

Since Brest sits on the Atlantic coast near a magnificent landlocked bay and the river Penfeld, it offers beautiful vistas of beaches, rich hills, and forests. Students may sample Breton cuisine like the famous Breton crêpe and delicious seafood. Famous sporting events such as the Tour de France often travel through Brest. 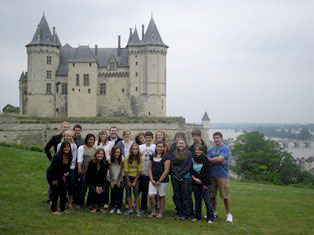 With a population of almost 30,000 citizens, the historic town of Saumur is located between the Loire and Thouet rivers in western France. One of the most important monuments of Saumur is the breathtaking Château de Saumur which stands high above the town. Around town students will discover the Cadre Noir, the École Nationale d'Équitation (National School of Horsemanship), and the Armoured Branch and Cavalry Training School. Underground, students may visit 500 kilometers (312 miles) of caves de champignons, caves used to grow 70 percent of the country's most common cooking mushrooms. There is also a vintage bicycle festival every summer that students can enjoy with their program peers and their host families. 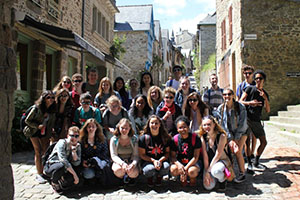 Named after a Welsh monk in the sixth century and one of the oldest towns in the program, St. Brieuc is located in the region of Brittany in northwestern France.

As the first program site in France, St. Brieuc has been a cherished location for IUHPFL participants since 1962. While St. Brieuc is a smaller town with less than 50,000 citizens, it offers all the amenities of much larger cities. Its scenery is breathtaking with ever-changing water views, sandy beaches and amazing rock formations.

St. Brieuc straddles two rivers before emptying into the Bay of St. Brieuc and the English Channel.