Spanish students have the most program site options. When applying, students may indicate their country of preference - Chile, Mexico, or Spain - which is given strong consideration in the site placement process. However, applicants and their parents/guardians are encouraged to be open to any of the sites below, as placement is assigned to students based on a variety of factors in order to provide them with the best experience possible.

Spanish participants must be in Level III or higher during registration and application in the fall.

Due to ongoing Covid pandemic, the Latin American programs did not take place in 2020, 2021, 2022. The situation for 2023 remains uncertain. We hope to relaunch our IUHPFL Mérida and Viña del Mar sites in the near future!

See our Program Site Blogs to learn more about what happens during programs. 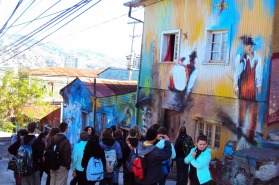 Located in central Chile in the Valparaíso region, Viña del Mar is the fourth largest city in Chile with a population of 326,000 inhabitants. This modern city was founded in 1878 and combines urban and natural landscapes with residential high rises that give way to expansive beaches and craggy rock formations. Viña del Mar is located adjacent to Valparaíso and with it forms Chile’s third largest metropolitan region (about 1 million residents) after the capital Santiago (7 million) and Concepción (1.1 million).

Home to the renowned Viña International Music Festival, Viña del Mar has the cultural offerings of a city combined with natural coastal beauty.  Nicknamed the “Garden City,” this tourist city is known for its sandy beaches and Mediterranean-like climate.

Valparaíso, the neighboring historic port city, is home to the country’s legislative branch and a UNESCO-recognized World Heritage Site (2003) for its architectural value. National Geographic named it one of 20 "best trips" in 2013, highlighting its vibrant street art.  It is nicknamed "Panchito"—partly alluding to its 41 hills that appear like a small San Francisco. Pancho is the nickname for Francisco in Spanish. An excellent highway connects both cities to the capital in a 90-minute drive.

The Viña del Mar/Valparaiso area is home to 15 universities with over 70,000 university students.  Many Chileans throughout the country choose to send their children to study here instead of Santiago because of its provincial feel, clean air, coastal beauty and relative safety, yet with the all the commodities of the big city. 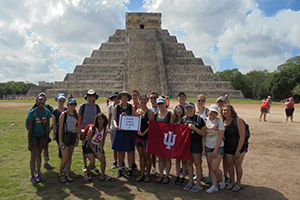 Mérida, which means Modern Maya, is located about 22 miles from the Gulf of Mexico. As the capital and largest city of the Mexican state Yucatán, it is home to more than 950,000 citizens. In January of 2011, the United Nations awarded Mérida a banner of peace, as the city was named one of the 100 “cities of peace” in the world.

Mérida offers impressive colonial architecture, often built with ancient Mayan stones, and has one of the largest historical town centers in the Americas. Until the mid-19th century, it was a walled city and to this day, visitors can find some of the original gates. As a cultural hub, home to the oldest cathedral in North America, it offers museums, galleries, restaurants, movie theatres and shopping. Music and dance, like in other parts of Mexico, play a large part in daily life. The wonderful cuisine of the Yucatán region is heavily influenced by Mayan and Caribbean culture.

The area’s weather is considered tropical, hot and humid, with average temperatures of 91 degrees F. 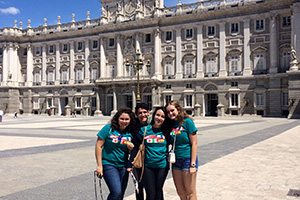 Ciudad Real, founded in the 13th century, was once completely surrounded by two and a half miles of walls and 30 towers. As the capital of the province of Castilla-La Mancha, it is home to Spain's beloved Don Quijote and Sancho Panza. The city with a population of 74,000 citizens is located near the country's capital, Madrid, and provides an ideal environment for IUHPFL students, offering the charms and beauty of nearby Andalucsía, where Ciudad Real participants will travel for their overnight excursion. 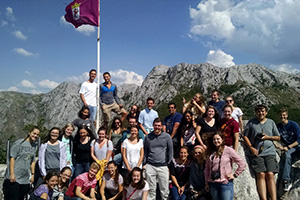 Located in northwestern Spain in the province of Castilla-León, just south of the Cantabrian Mountains, León's population has nearly 137,000 inhabitants. Started as a Roman military encampment in 29 B.C. and once the capital of one of the oldest Christian kingdoms, Léon is one of the oldest sites of the program. Much of its historical architecture, such as the spectacular Gothic cathedral of Pulchra Leonina, dates back to the middle Ages. Léon follows many customs and processions, including the San Juan and San Pedro festivals with fireworks and bonfires during the last week of June. 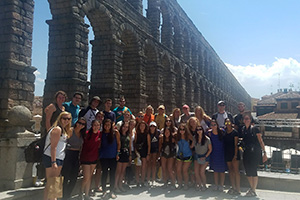 Oviedo, a city of 210,000 citizens, was founded by two monks in 761. It is surrounded by lush green and hilly landscapes and is capital of the Principality of Asturias. This beautiful city offers many architectural gems, stemming from the Visigothic, Roman and Nordic traditions. Located just forty minutes south of the picturesque beaches of the Cantabrian Sea, it is within easy reach of the Cantabrian Mountains and the impressive national park of Los Picos de Europa.